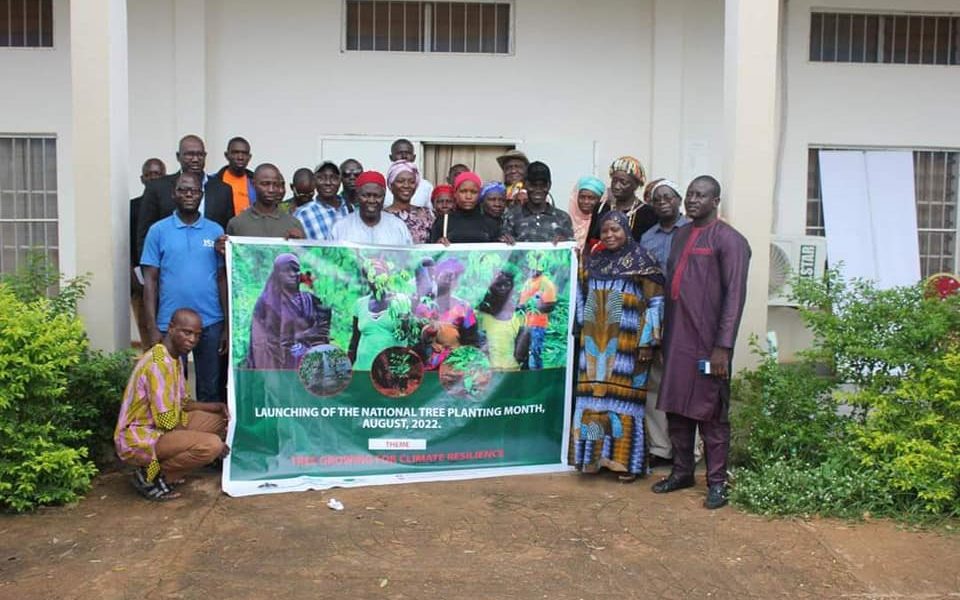 The Minister of Environment Climate Change and Natural Resources Hon Rohey John Manjang has said that The recent flood occurring in the Gambia is due to human behavior and we are not friendly to nature. She urged environmentalists and stakeholders in the natural resources sector to concentrate on programs and activities linked to adaptation to enhance a Green Economy for the Gambia.

The Honorable Minister mentioned this during the official launching of the National Tree Planting Month which is an annual event to showcase the tree planting season during August. The Annual Event was held on 4 August 2022 at Jarra Soma, LRR with the Theme Tree Growing for Climate Resilience. The event was organized and funded Large Scale Eco-System Based Adaptation Project and attended by senior government officials Cheifs from LRR and the Governor.

“The Government of the Gambia is committed to fighting against climate change, and this has been reflected in national policies and strategies as well as signatories to both international and regional climate change, conventions and protocols. Key amongst these is the United Nations, Framework Convention on Climate Change ( UNFCCC)” the Honorable Minister lamented.