Investing in the foundations of Gambian agriculture 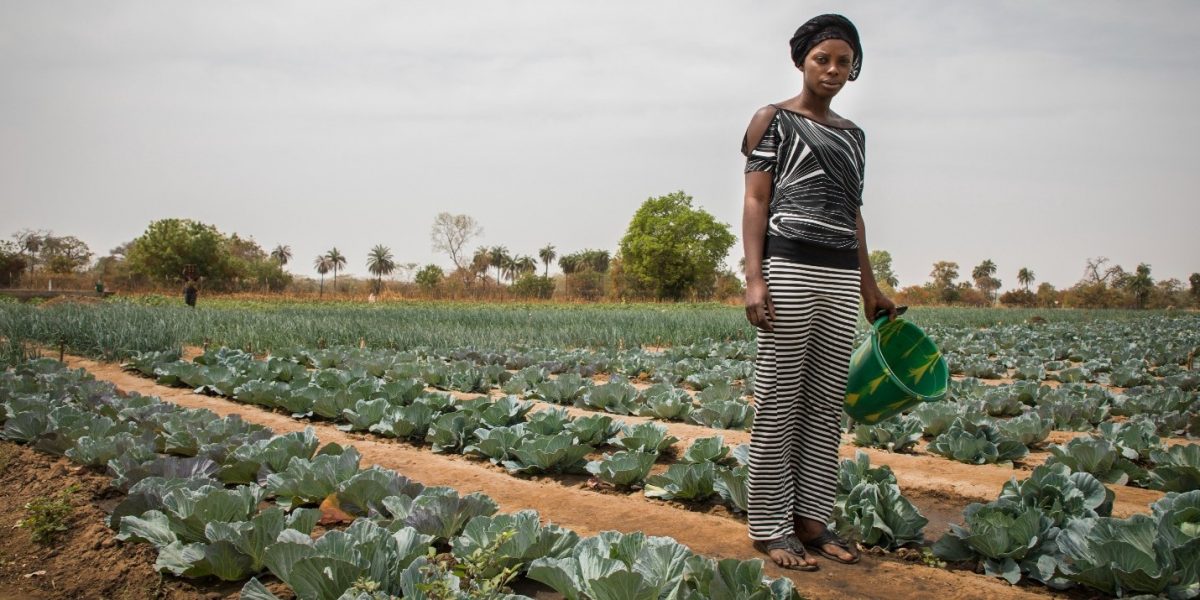 Roots are the essence of farming. They sustain and nourish crops, providing food for humans and livestock. Strong roots erect healthy plants and help grant a more predictable and generous harvest.

The ROOTS project seeks to promote exactly that strength in The Gambia. Inspired by local people’s courage, bravery and resilience, the project’s name echoes its aim of making rural Gambians’ development sustainable and sustained by their own, bolstering small-scale farmers’ resilience to climate change and empowering vulnerable communities connected to farming activities. The name is also a reference to the Gambian legend Kunta Kinte, a slave who broke the chains of domination in Alex Haley’s 1976 Pulitzer Prize–winning novel Roots.

In a country where agriculture is vital but fragile, investing in the sector means enhancing the source of income for approximately 70 per cent of the population. It is about tackling widespread rural poverty, food insecurity and malnutrition. Last but not least, it is also about supporting social groups who are particularly exposed to economic risks i.e. women, youth and persons with disabilities.

ROOTS builds on previous rural development interventions in the country. More specifically, it aims to scale up the achievements by NEMA-CHOSSO – a well rated IFAD-funded project completed in 2020 that counted on strong climate and gender components. The idea is to keep up the good job. ROOTS is supporting targeted investments in infrastructure, and the technical and organizational capacities of farmers’ organizations, leveraging the lessons learned from its predecessor.

A fantastic example of previous accomplishment that ROOTS plans to expand and give continued support is the model of community gardens shaped by NEMA-CHOSSO. Run by members of poor communities (mostly women) who produce a diverse range of vegetables, these gardens have become a paradigm of sustainable small-scale agriculture in The Gambia, and have shown many benefits, such as job creation, education, women’s empowerment, climate resilience and food and nutrition security. ROOTS plans to upgrade 40 existing gardens and develop 30 new ones.

The project’s strength can be measured by the number of beneficiaries: approximately 40,000 households or about 320,000 people. To put it in perspective, this is equivalent to more than 10 per cent of the Gambian population. With a decentralized strategy of intervention, ROOTS operates in all five regions of the country except for the capital Banjul, reaching smallholders and small businesses all around the Gambia River – the major and most important waterway that crosses the nation’s territory from east to west.

The project wants to offer a remarkable contribution to The Gambia’s agriculture. With a dedicated leadership and committed partners, ROOTS can reinforce the foundations for more sustainable livelihoods in the country, fostering resilience and enabling rural Gambians to thrive by their own.

Learn more about IFAD’s work in The Gambia.