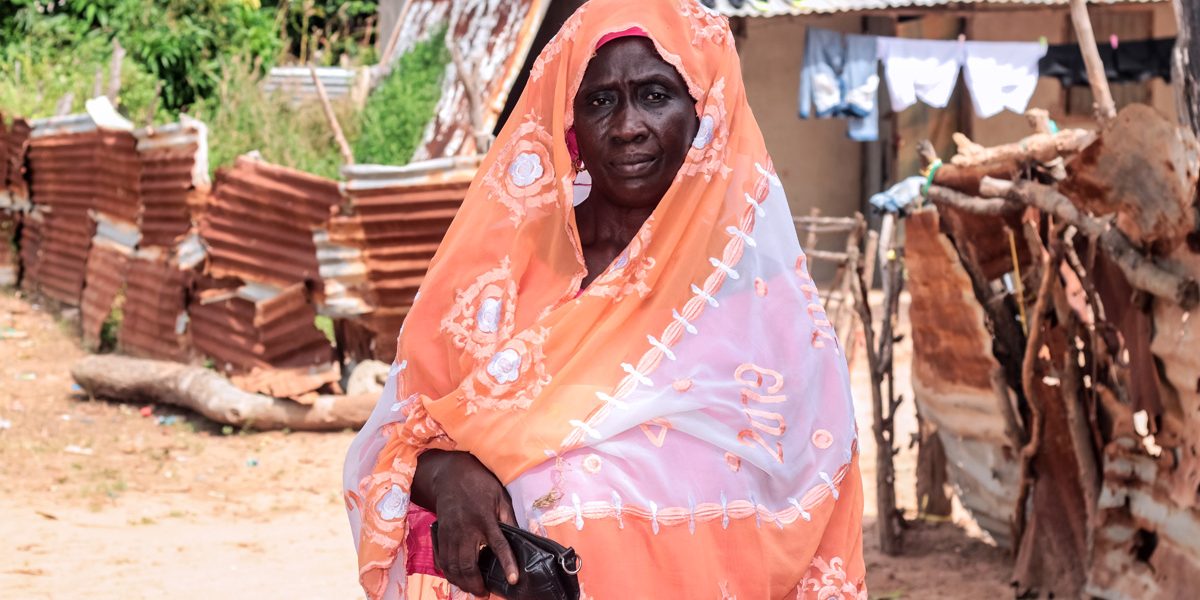 “I received 4,000 dalasi and the first thought that came to my mind was how I could get the best use out of it,” says Jarra Dibba. Jarra, a widow in her late fifties, lives in Kwinella, in the Lower River Region of The Gambia. She’s the breadwinner for a family of nine, and she’s also one of the beneficiaries of IFAD’s Rural Poor Stimulus Facility (RPSF).

Back in early 2020, when the first waves of COVID-19 were spreading around the world, IFAD launched the RPSF as a multi-donor initiative to improve rural resilience in the face of the pandemic. Through a combination of cash grants, emergency supplies of seeds and other inputs, and assistance with accessing alternative ways to sell, the RPSF helped small-scale farmers all over the world get through the first uncertain months of lockdowns and closures.

In The Gambia, RPSF support was channelled through the ROOTS project, an IFAD-supported initiative already active along The Gambia’s river and coastal regions. One part of it came in the form of cash grants of 4,000 dalasi (about US$100) given to 500 of the country’s most vulnerable households – including Jarra’s.

A former trader, Jarra decided to use half the sum to start a small business. “I went to the Soma market and bought a bag of rice for 1,400 dalasi (US$25) for my family’s use, and a gallon of palm oil for 1,700 (US$30) to resell by the cup. I used a portion to buy a small amount of fish and vegetables, which I resold at home. Some was spent on schoolbooks for my child, and the remainder for fish.”

She set up a small table at the gate of her compound and procured an old icebox, which she filled with ice to display the fish for sale. Jarra’s business was a reality. And, for the first time in a while, she was no longer struggling to feed her family.

For Jarra and for many others, the RPSF payment turned out to be a lifeline. It not only ensured her family’s food security and her children’s continued education, it laid the foundation for a livelihood that would enable her family to cope with the economic downturn surrounding COVID-19. By building a small business, Jarra also built resilience.

For Muhammad Sengura, who lives in Tambasansang village in the Upper River region, RPSF assistance came at just the right time. “I spent my money on food for the family and the remainder was used to pay for services for clearing my land and sowing my seeds,” he says.

Recipients of the RPSF cash grants report using the money to buy food for their families, cover expenses related to their children’s education, and settle debts. Some invested part of the grant in small businesses, like smoking fish or trading in the markets.

The RPSF support also included the provision of poultry vaccines, feed and essential medicines, which helped 665 chicken farmers keep their businesses going when border closures reduced access to these essential supplies. And, for 30 rural youth, it provided training and small start-up grants for small and medium enterprises.

Amie Ndongo, a 23-year-old woman from Kuntaur, is one of the young entrepreneurs whose careers were launched with RPSF support. In February 2021, she completed a digital marketing course through ROOTS and received a start-up grant of 60,000 dalasi (about US$1,000), paid out in two tranches. She invested the first one in rice production, buying seed and fertilizer and paying for a ploughing service. With the second tranche, she started a thrift-flipping business: she bought second-hand clothes, shoes and bags to resell. And she’s also started a third enterprise: buying chicken legs from Farafenni, the nearest market town, and reselling them in the village.

In her first year, Amie harvested 36 bags of rice, each weighing 50kg. She sold them all and reinvested the money, using it to travel to neighbouring Senegal at the time of the Magal, a major pilgrimage gathering, to buy clothes for resale in The Gambia. Drawing on her training, she now advertises widely on Facebook, TikTok and WhatsApp.

Amie’s microbusinesses are flourishing. With targeted support arriving at just the right time, her entrepreneurial drive had the chance to flourish and she was able to tap into an increasingly connected market.

Meanwhile, Ismaila Njie, a 26-year-old teacher at Keneba Junior School, has started up a food-processing side business.

“I used the funds to buy some of the materials I need, like machines for cooking and processing,” he says. “I also used some of the money to buy fencing materials for the garden.”

“The digital marketing training has had a great impact on my work,” he adds. “It taught me how to create exposure for my products and how to improve my business.”

Ismaila is now marketing his products online. He’s also recently started producing dukula, a nutritious cereal, which brings in a 50 per cent profit.

Back in Kwinella, Jarra Dibba is grateful to have had the opportunity to build her business. “The grant was a big surprise for me; I did not expect it,” she says. “My situation was very difficult because of COVID-19. This donation came at just the right time and helped me cope with the pandemic.”

Learn more about IFAD’s work in The Gambia.

Read more about the RPSF.