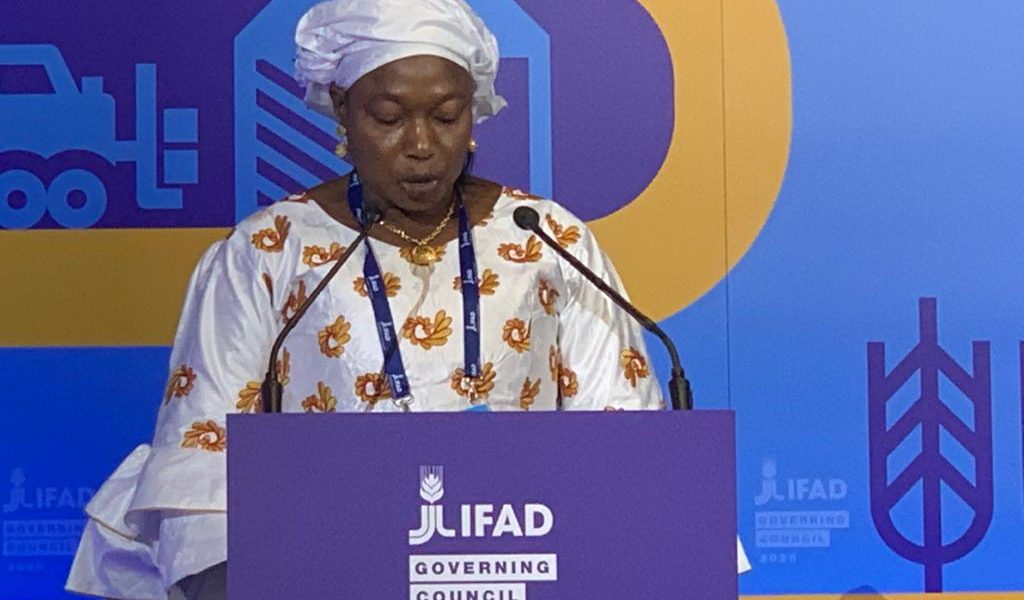 The Hon. Minister for Agriculture Amie Fabureh was recently in Rome, Italy to attend the 43rd session of the Governing Council of the International Fund for Agricultural Develop (IFAD). The Minister accompanied by her Permanent Secretary Momodou Mbye Jabang briefed the organization about the status of agriculture in the country.

In her statement at the session, the Hon. Minister said The Gambia under the leadership of President Adama Barrow has identified two key factors to enhance the agriculture sector namely, the need to build climate change resilience into all agricultural development initiatives and a clear and pronounced desire to rebuild political and economic relations.

“There is an ongoing new process to sustainably manage land, water resources, and ecosystems, build the resilience of smallholders against climate change, push towards mechanization of agriculture, and the emergence and transformation of agro-food value chains for employment creation, especially for youth and women,” the Hon Minister told the IFAD Governing Council.

Minister Fabureh pointed out that poverty in the Gambia is mostly concentrated in rural areas largely characterized by fragile ecosystems. She said areas along the Gambia River are endowed with natural resources but constantly degraded and lack appropriate infrastructure and public services. These areas according to the Minister are inhabited by food insecure communities, malnourished children, women, and young people that are most vulnerable to climate change. She noted that these challenges are amplified by weak public institutions and private service operators, high population growth, low agricultural productivity, and limited access to resources.

IFAD invests in rural people by empowering them to reduce poverty and increase food security. It is estimated that IFAD has provided over US$22.4 billion in grants. IFAD is an international financial institution and a UN specialized agency based in Rome.